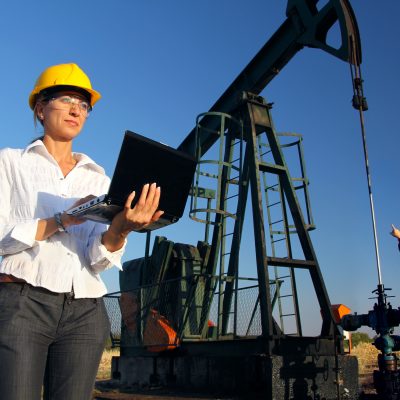 Gender pay gaps remain a permanent feature of the Australian labour market. Gender pay equity has barely progressed in the last twenty years despite the advances women have made in educational attainment, workforce participation and legislation prohibiting discriminatory behaviours.

The report analyses data collected by WGEA under the 2012 Workplace Gender Equality Act and reveals some of the strongest empirical evidence to date that improved gender pay outcomes are driven by companies promoting greater gender equity in senior leadership roles.

This second report in the BCEC|WGEA Gender Equity Series, explores how gender pay gaps vary across industries and occupations, and also includes special investigations on gender pay gaps for graduate program participants, workforce gender segregation and the impact of changing the gender balance in senior leadership over time.

Speaking to the findings at the launch of the report, Centre Director and co-author, Professor Alan Duncan noted that the perplexing issue of gender pay gaps has remained a feature of the Australian labour market for too long and is something that must be addressed .

“The report reveals that top tier female managers in Australian organisations earn on average $93,000, or 26.5 per cent, less per year compared to their male counterparts.

“The most significant discrepancy in pay between men and women occurs in the finance and insurance services sector, at some 33.2% in 2015-16.

“Men account for 70% of around 55,300 senior leaders across all industries in Australia, and women approximately 30%.

BCEC Principal Research Fellow and co-author, Associate Professor Rebecca Cassells said the report outcomes were a stark indicator of the different ways women and men engage with the workforce, and how their respective contributions are valued.

Female-dominated organisations in Australia tend to be lower paid, particularly in those industries where workforce roles are ‘gendered’. This speaks to the recent claim expressed by IMF Managing Director Christine Lagarde that society has a tendency to undervalue women’s work and contributions.

“To address these differences, organisations need to ensure that their progression and remuneration practices are robust against unconscious bias.

Expert panellists highlighted that society has a tendency to undervalue women’s work and contributions, and that we need to start changing this.

Workplace Gender Equality Agency, Research and Analytics Manager, Andrew McMahon, said the history of the gender pay gap is a stubborn feature of the Australian economy.

“The persistence of the gender pay gap in Australia, and the need for coordinated action to move us closer to gender pay equity,” Mr McMahon said.

“There’s a need for greater pay transparency and that denial of any gender pay gap is economically unsustainable for the country,” Ms Smith-Gander said.

BHP Billiton, Asset President Iron Ore, Edgar Basto, encouraged everyone to get involved in ending the unacceptable inequality that is present in pay conditions across Australia from recruiters to team members.

Associate Professor Cassells said there was reassuring news for those seeking evidence about what drives change.

“Organisations that improved the gender balance of their executive leadership teams between 2015 and 2016 saw the biggest decline in their organisation-wide gender pay gaps, Associate Professor Cassells said.

“This report provides a powerful evidence base that highlights an important opportunity to target and reduce gender pay gaps across Australian organisations. We can do this through ensuring diversity exists in key management roles and more importantly, the need to ensure that progression and remuneration practices are robust against unconscious bias.”