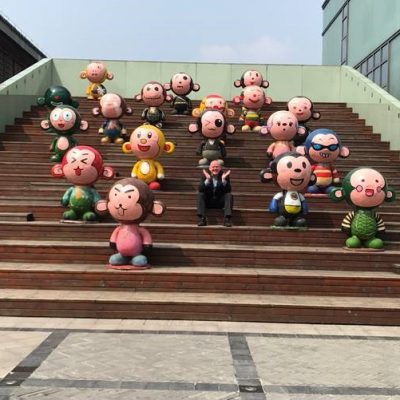 In September 2017, BCEC Director Alan Duncan travelled to Yangzhou and Beijing as part of an International Monetary Fund (IMF) Expert Mission to the People’s Republic of China.

The Mission team was a truly international partnership, with Alan working alongside mission chief Alexander Klemm and Li Liu, both from IMF, and Isaias Coelho from the Centro de Cidadania Fiscal, Brazil, to prepare an IMF Technical Assistance Report on the effects of taxation policy on employment creation in China.

The report examines the potential for reform to the Chinese taxation and social security system as it applies to employed labour, and to small and medium-sized enterprises. Research findings and reform recommendations draw on economic theory, international experiences, and empirical evidence on tax, social security and self-employment policy in China.

The Mission benefitted from detailed discussions with Chinese authorities and tax administration officials during a workshop in Yangzhou and meetings in Beijing.

The workshop was held in Yangzhou, a city of 4.5 million people known for its beautiful gardens and temples, and home to the National Tax Institute of the State Administration of Taxation (SAT). The workshop was attended by senior Chinese tax administration officials from every province in China, to share their insights on what tax policy measures could be introduced in China to encourage employment and labour market growth.

Following the workshop, the Mission team travelled to Beijing to present their findings to the Chinese government, and delivered a report on the role of taxation, social security and policy settings play on labour markets, including recommendations on incentives for small businesses and medium-sized businesses in driving employment growth across China’s provinces.

The report, the first IMF Technical Assistance report on China to be authorised for public release, recommends a number of reforms for consideration by the Chinese government. These include a reduction in social security contributions, reduced personal income tax allowances, unified personal tax rates and thresholds across income schedules, refundable tax credits to support child care and senior care costs, and strengthened links between social security contributions and pensions.

Asked about his reflections on the mission, Alan said: “This really was an experience of a lifetime, not just being part of such an important IMF policy report, but to be able to see so much of an extraordinary, fascinating and vibrant country.”

Copies of this IMF report can be downloaded from BCEC Publications, or directly from the IMF website.