Home > Media & Commentary > West cashes in on resources boom, but inequality also up

West cashes in on resources boom, but inequality also up 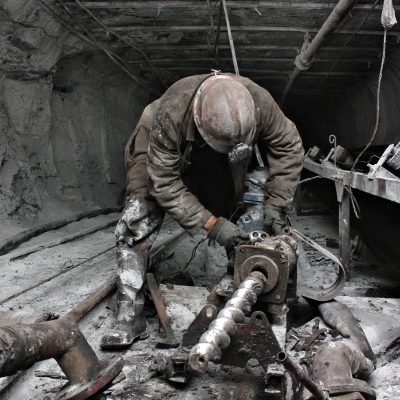 The mining boom has left the average Western Australian family nearly twice as well off since it began.

But skyrocketing prices in some parts of the state have led to a faster escalation of inequality than anywhere else in Australia, a Bankwest Curtin Economics Centre study has concluded.

The report, Sharing the Boom: the distribution of income and wealth in WA, found that 65% of the extra wealth generated over the course of the boom went to the wealthiest 20% of households.

“The fact that the middle of the income distribution has stretched away from the bottom 10% of households is something not well known,” he said.

“Low income households access most of their income from government benefits, so the rate of their progress is tied more to those benefits rather than the local labour markets which have accelerated at a much higher rate.”

“But household net wealth in Western Australia has increased by more than 70% in real terms since 2003, adding at least $268 billion to the state’s total wealth stock,” Professor Duncan said.

The report’s authors warned that the rising cost of living, particularly the “heat” in the housing market, could cancel out income gains.

However, these gains weren’t limited to highly educated workers, in contrast to the rest of Australia.

“Households headed by an individual holding a trade certificate are having a larger and increasing presence in the highest household income quintile over time,” the researchers found.

Graeme Ditchburn, an organisational psychologist at Murdoch University, said the recent swing and continued support for the Liberal Party in Western Australia “might well be accounted for by these changes in income given that high earners are more likely to vote for the Coalition”.

“Furthermore, union membership may continue to decline as those from professions that have traditionally accounted for a large proportion of members feel greater financial stability.”

“However, threats to the perception of financial security could promote both union membership and a swing to Labor, including the announcements by Ford, Holden and Toyota, depressed commodity prices, and the imminent threat of job losses.”

“Whether job losses in these sectors are offset by the ongoing boom in oil and gas awaits to be seen,” Dr Ditchburn said.

The report criticised the lack of industry diversity in the state, and said over-reliance on resources would “leave the state exposed and dependent on China’s consumption economy – a reality all too familiar in business and policy rhetoric”.

Fiona McKenzie, a professorial fellow at the Curtin Business School said changes needed to be made to capture “enduring benefits”.

“It’s important that individuals, companies and government jurisdictions invest for a steady state growth future, rather than one where exponential growth is the norm.”

“Knowledge capital, industry capitalisation and diversification are important if the wealth is to continue to reside in Western Australia,” she said.

“Similarly, prescient planning for regional centres and Perth are critically important if the growth pains are to be managed and housing and planning can be more affordable for all strata of the community.”

Kylar Loussikian, Assistant editor for business and economy, The Conversation