Report card shows progress for more women in the workforce 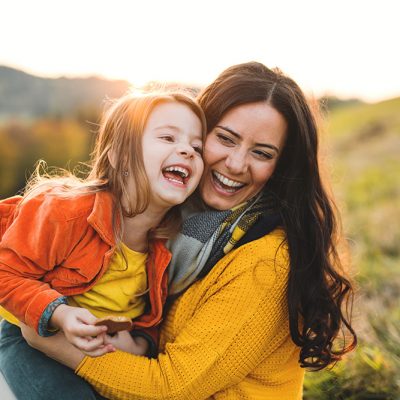 — Proportion of women on State Government Boards and committees is now 52.5 per cent —

— Women in the workforce at 64.5 per cent with societal attitudes changing —

The State Government has released its 2022 Women’s Report Card, showing how far WA women have progressed in terms of leadership, economic independence, safety and justice, and health and wellbeing.

Women’s interests Minister Simone McGurk said the report provides a comprehensive evidence base that assists policy development and service delivery across the Government, non-Government and private sectors. The report is issued every three years and is produced by the Department of Communities through the Bankwest Curtin Economics Centre.

This year’s report shows there is now greater gender equality in leadership in the public sector. In 2021, the proportion of women on state government boards and committees exceeded 50 per cent (52.5%) for the first time in Western Australia.

The number of women in the workforce has also reached the highest rate in Western Australia at 64.5 per cent, suggesting the ability to access the labour market is improving. 51.5 per cent of women work full-time, in comparison to 82.6 per cent for employed men, with a 12 percentage point increase in the use of childcare in the period. Enabling women to participate equally in the community, including at leadership levels, is a priority area of Stronger Together: WA’s Plan for Gender Equality, which was launched in March 2020.

WA’s gender pay gap continues to be the highest nationally at 21.2 per cent across all industries, down from 28.2 per cent since 2011.

Statistics from the 2022 Women’s Report Card include:

“This year’s women’s report card shows there has been good progress in the areas of public sector leadership and economic independence for women in WA.

“It is encouraging to see that more organisations realise the benefits of greater diversity in their workforces, particularly recruiting women to leadership roles.

“Unfortunately other areas are slow to demonstrate improvement, including the gender pay gap in our State which is 21.2 per cent across all industries, the highest in the country.

“This is unacceptable and the State Government is working with partners from across government, the private and community sectors, and academia to deliver initiatives to address this.

“It is clear that while women are increasingly taking up employment opportunities, it is critical that businesses and industries work towards removing barriers for women to pursue careers and leadership opportunities in higher paying occupations that have traditionally been male-dominated.

“Long-lasting cultural change takes time and commitment across all sectors of the community. This Government is leading the way by creating change within the public sector and also through actions and initiatives to influence our stakeholders and the communities we support.”

“This year’s report shows there is now greater gender equality in leadership in the public sector. In 2021, the proportion of women on state government boards and committees exceeded 50 per cent (52.5%) for the first time in Western Australia.

“By comparison, at the national level, private sector organisations still have a long way to go, with the proportion of women board members currently sitting at 33.4% in 2021.” 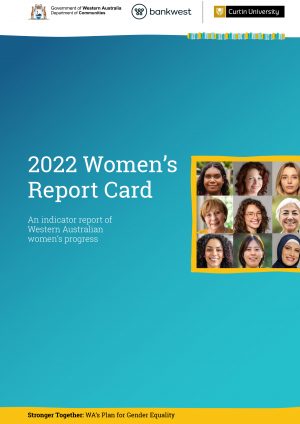 2022 Women’s Report Card Alan Duncan, Daniel Kiely, Silvia Salazar The 2022 Women’s Report Card sets out the status and current state of play of women in Western Australia, and in doing so, helps to track progress to achieving better outcomes for women. As is the case to varying degrees... Read article Publication4 August 2022Research Reports Read More