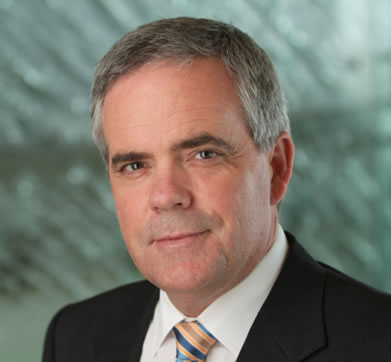 Prominent business leader and professional director John Langoulant has been appointed Chair of the Bankwest Curtin Economics Centre Advisory Board.

The appointment was announced at last night’s official launch of the Centre, a new industry and education partnership between two of Western Australia’s most iconic institutions.

Professor Jeanette Hacket, Vice-Chancellor of Curtin University, explained the Bankwest Curtin Economics Centre was the result of a major research partnership between Bankwest and Curtin.

“With the generous support of Bankwest, the new Centre will provide insight and analysis of the top economic, financial and social issues facing Western Australia today and in the future,” Professor Hacket said.

“Curtin is committed to producing high-quality research that has significant relevance to the community, and we look forward to this collaboration with Bankwest.”

“Issues such as housing affordability, income and wealth distribution, labour and skills needs, population growth and infrastructure planning will be the Centre’s initial priorities as these are important areas for the WA economy,” Mr Langoulant said.

Bankwest Managing Director, Rob De Luca said the Centre was another example of Bankwest’s dedication to the people and prosperity of Western Australia, and was looking forward to the newly strengthened relationship with Curtin.

“We are very proud of our partnership which will undoubtedly strengthen the relationship between Bankwest and Curtin, first established in the late 1990s.”

The Centre has also appointed Professor Alan Duncan, former director of the prestigious research institute, NATSEM, as Director and Research Chair in Economic Policy. Professor Duncan brings over 20 years of expertise in economic policy research through previous academic appointments in the UK and Australia.

The Bankwest Curtin Economics Centre will be located within the Curtin Business School.

John Langoulant is a passionate advocate for Western Australia and its economic and social development. He holds the position of Chief Executive of Oakajee Port and Rail and Crosslands Resources. Previously he was Chief Executive of Australian Capital Equity,

Chief Executive of the Chamber of Commerce and Industry of Western Australia and the Western Australian Government’s Under Treasurer. In addition to these executive roles, Mr Langoulant has a range of other interests through a number of bodies. These include being Chair of the boards of the Telethon Institute for Child Health Research, Committee for Perth, the West Australian Ballet, Dampier to Bunbury Natural Gas Pipeline, Leadership Western Australia and GESB, and a member of the boards of the Council of Australian Government’s (COAG) Reform Council and the Chamber of Commerce and Industry.

Bankwest provides personal and business banking solutions for more than 1.2 million retail and business customers across Australia. Bankwest customers enjoy access to an extensive network of stores and business centres, direct and third party distribution channels, agencies and electronic banking facilities, as well as 24-hour telephone and internet banking. For three years running, Bankwest has been chosen as the AFR Smart Investor Blue Ribbon Awards Bank of the Year 2010, 2011 & 2012. Bankwest is a division of the Commonwealth Bank of Australia.