Home > Media & Commentary > Equality and diversity in the workplace: bridging the gender gap

Equality and diversity in the workplace: bridging the gender gap 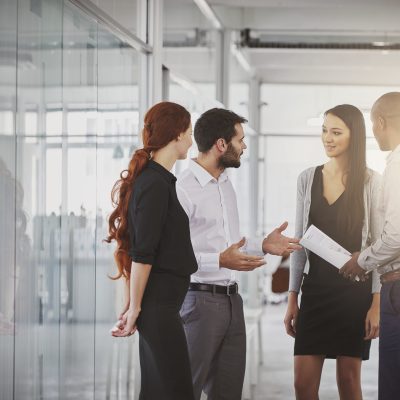 Experts took a closer look at Western Australia’s sizeable gender pay gap at the “WA in the Spotlight” workshop, hosted by the Bankwest Curtin Economics Centre, revealing some compelling challenges and opportunities in balancing the gender divide.

“In WA, the gender pay gap is 26.9 per cent against a national average of 17.5 per cent and it also has one of the lowest representations of women in executive positions,” Professor Duncan said.

“One of the more frustrating findings from the research discussed was that despite all the factors in play, the majority of the gender pay gap – around two thirds – comes down to the fact of being a man or woman. It really is largely about your gender.

“This is not to say that steps aren’t or shouldn’t be taken to address gender inequities, but progress requires committed, decisive and integrated action by key stakeholders – businesses; governments; schools, universities and training institutions.

“Responsibility also extends to individuals challenging the gender stereotypes that exist in society through their own attitudes and actions.

“One strategy involves making it more acceptable for men to work flexibly – the thinking being, if it gains acceptance among men, flexible work is more likely to become the social norm for everyone.”

Helen Conway, Director of the Workplace Gender Equality Agency (WGEA) was the keynote speaker for the event. She explained that although there had been some advancements nationally towards providing more equal opportunities for women, additional work was needed.

“There has been some progress in advancing the position of women in Australian workplaces over the last few decades, but we still have a long way to go,” Ms Conway said.

“This is evidenced by the low numbers of women in leadership and management positions, Australia’s relatively poor female workplace participation rate and the stubborn gender pay gap.

“Cultural impediments such as gender bias and structural barriers, along with inadequate flexible work and career options, are key roadblocks to gender equality in Australian workplaces.

“Gender equality will be achieved when employers align it with their business strategy and adopt a disciplined approach to executing initiatives to achieve it.”

The workshop included contributions from some of the leading practitioners in gender research from Australia, including:

The ‘WA in the Spotlight’ workshop series is a new initiative of the Bankwest Curtin Economics Centre. The next workshop will explore the economic growth trajectory for the State and will be hosted in early 2014.