More women at the top proves better for business 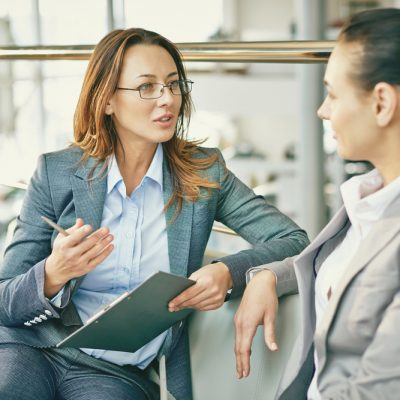 As Australia moves towards economic recovery from the impact of the COVID-19 pandemic, a new report shows that more women on Boards and in senior leadership positions drives better company performance, greater productivity and greater profitability.

Research released today by the Bankwest Curtin Economics Centre (BCEC) and the Workplace Gender Equality Agency (WGEA) found that an increase in the share of female ‘top-tier’ managers by 10 percentage points or more led to a 6.6 per cent increase in the market value of Australian ASX-listed companies, worth the equivalent of AUD$104.7 million.

The report, Gender Equity Insights 2020: Delivering on Business Outcomes, reveals a strong and convincing causal relationship between an increase in the number of women in key decision-making positions and subsequent improvements in company performance.

Report author and BCEC Principal Research Fellow Associate Professor Rebecca Cassells said leadership has never been so important, especially when the world is dealing with the fallout and economic recovery from the COVID-19 pandemic.

“When businesses are looking to a post COVID-19 world, our research shows that having a female CEO has the potential to help companies navigate through the crisis,” Associate Professor Cassells said.

“In this report, we have identified a compelling causal relationship between an increase in the share of women in leadership and subsequent improvements in company performance.”

The report found that in Australian ASX-listed companies, having a female CEO led to a five per cent increase in their market value. This is worth the equivalent of AUD$79.6 million on average.

It also showed that increasing the number of women in leadership positions increased the likelihood of companies outperforming in their sector on three or more key profitability and performance metrics.

These include return on equity, earnings before interest and tax, sales per worker, return on assets, dividend yield and Tobin’s Q.

Libby Lyons, Director of the Workplace Gender Equality Agency, hailed the BCEC research as a significant contribution to the international business case for gender equality.

“Using the Agency’s world-leading dataset, this ground-breaking study has provided important new evidence of the crucial need for improving gender diversity in company leadership. As we ‘snap forward’ to a post-COVID-19 economy, this report demonstrates that CEOs and senior executives must include gender equality as they develop recovery plans,” Ms Lyons said.

“This report provides tangible proof to support the established business case for gender equality. More gender-balanced leadership will improve the bottom line and financial performance of any organisation.

“Workplace gender equality is not just about fairness, it also has a compelling commercial imperative.

This research provides hard evidence that more women in top-tier management levels will deliver improved profitability for business. Now more than ever, achieving workplace gender equality is an absolute necessity for every organisation in Australia.”

Associate Professor Cassells said that the new evidence is an important step towards delivering more gender equitable workplaces and understanding how they can improve the performance of Australian businesses.

“Women are far less likely than men to be the Chair of the Board. While there has been progress towards a 30 per cent target for the share of women on company Boards, three in 10 companies in the WGEA dataset still have no female Board representation at all,” Professor Duncan said.

“Greater female representation on Boards and in senior leadership positions is better for business. Increasing the talent pool and taking into account the experiences and views of a broader group will ultimately lead to better decisions. This is particularly important as we look to rebuild our economy and broaden business and employment opportunities.”

“We found that an increase of 10 percentage points or more in female representation on Boards led to a 6.0 per cent increase in the likelihood of that company outperforming its sector on three or more performance and profitability metrics.” 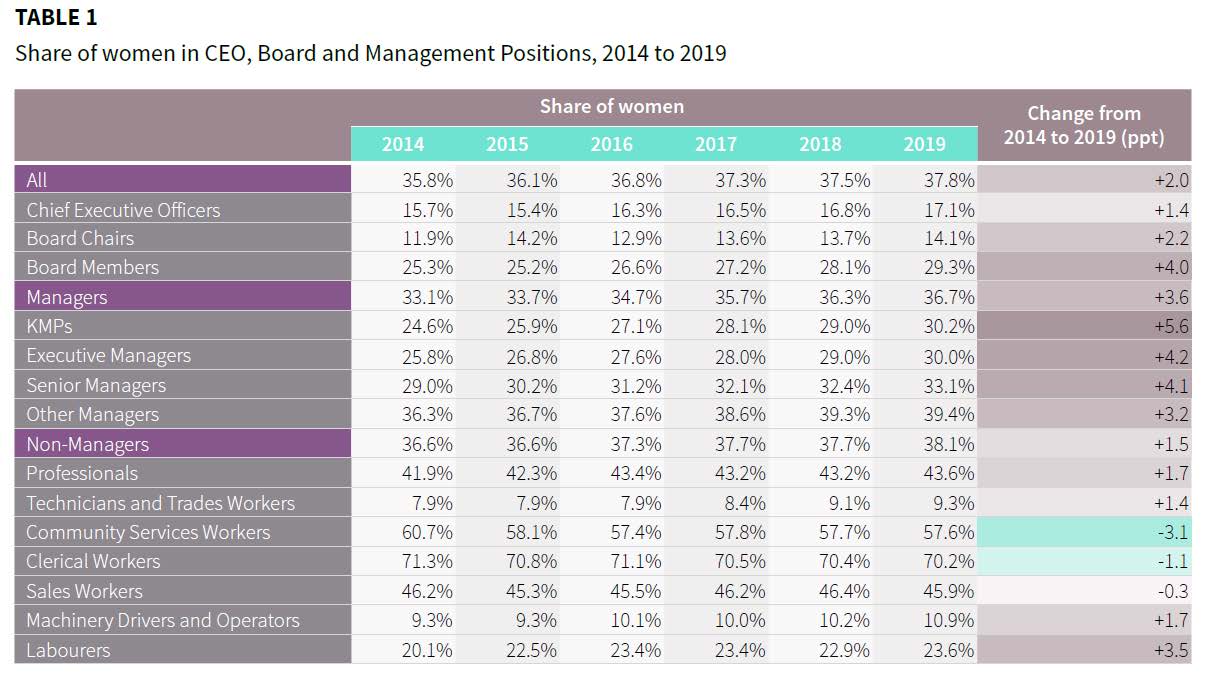 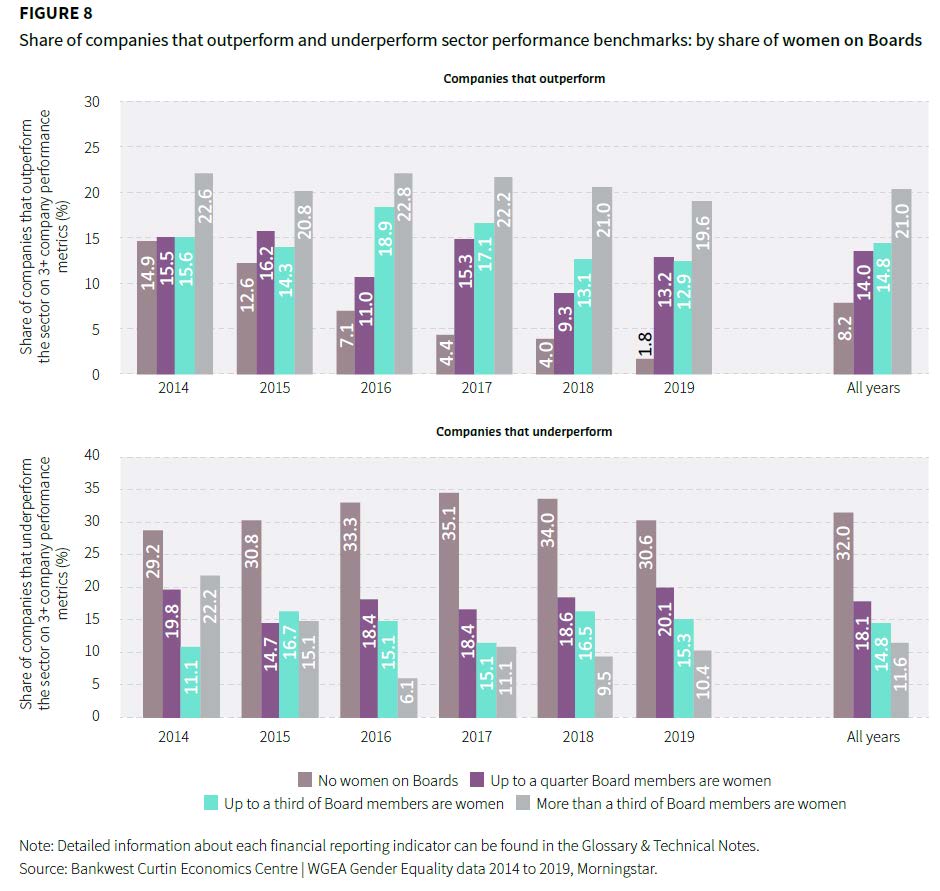 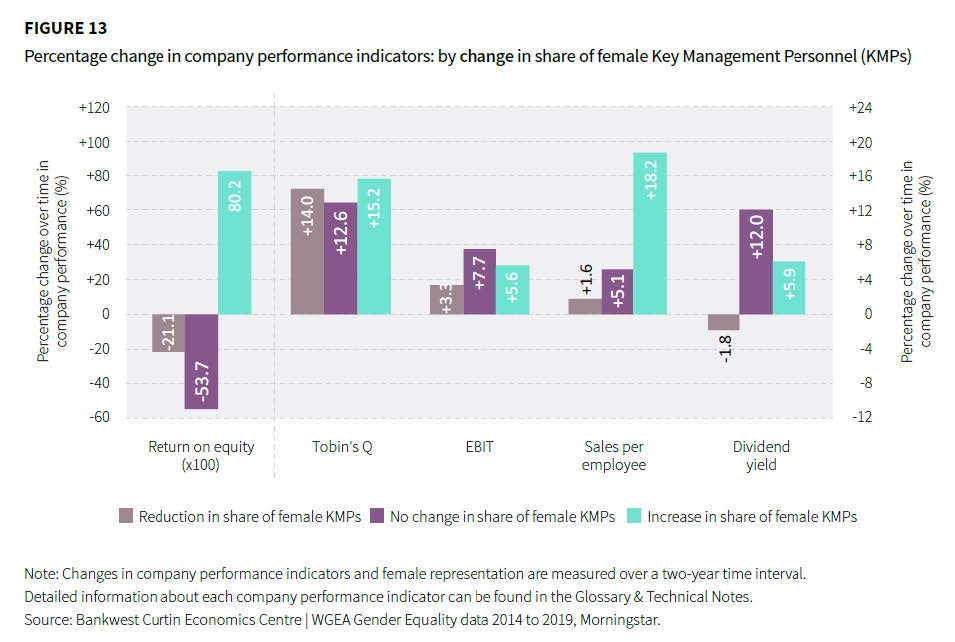 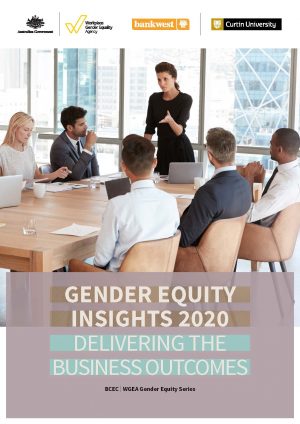